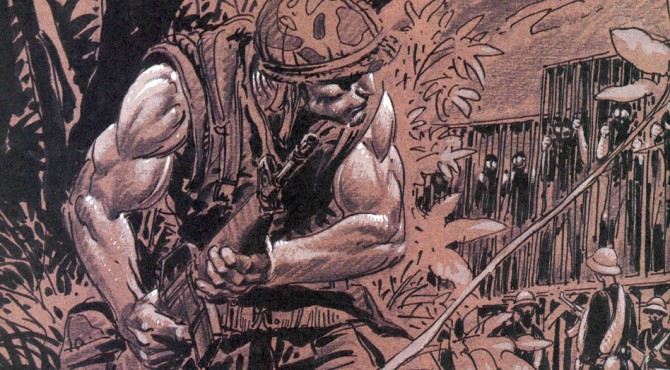 Joe Kubert was the undisputed master of War Comics; he defined the visual style of the genre. Unfortunately there are very few Kubert pages of Frank Castle, but undoubtedly the best was the Marvel Graphic Novel “The Punisher Invades The ‘Nam”. Written by Don Lomax, a Vietnam Vet and author of the comic “Vietnam Journal” and later “The ‘Nam”, the book was intended to wrap up “The ‘Nam” ongoing series as issues #84-86.  They never made print in that series,  the title was cancelled prior to their publication. To make up for it, Marvel published the issues in an excellent stand alone graphic novel, including Joe Kubert’s interpretation of Frank Castle’s soldier days on the cover and on each of the three chapter title pages.  All four are included below: 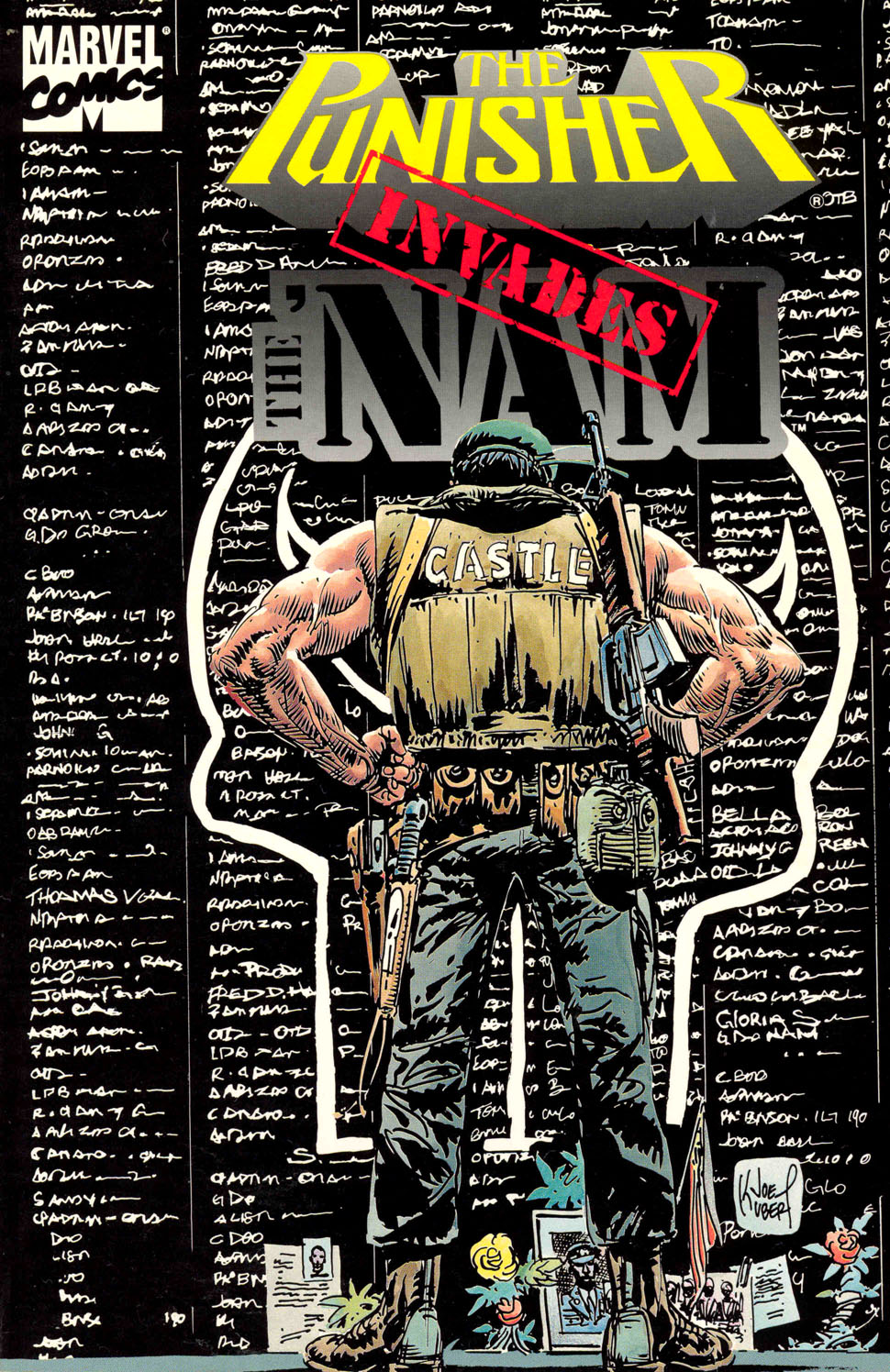 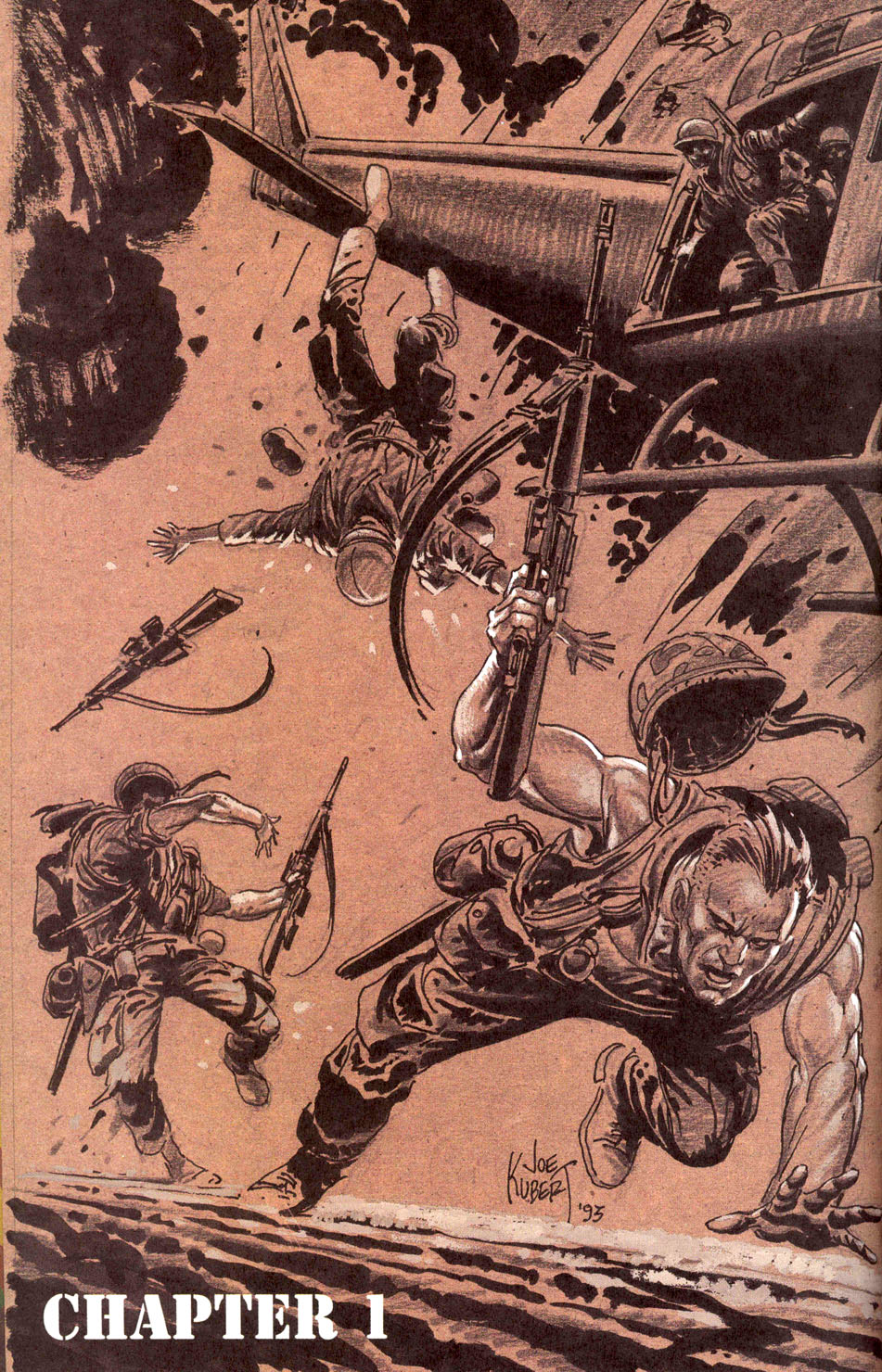 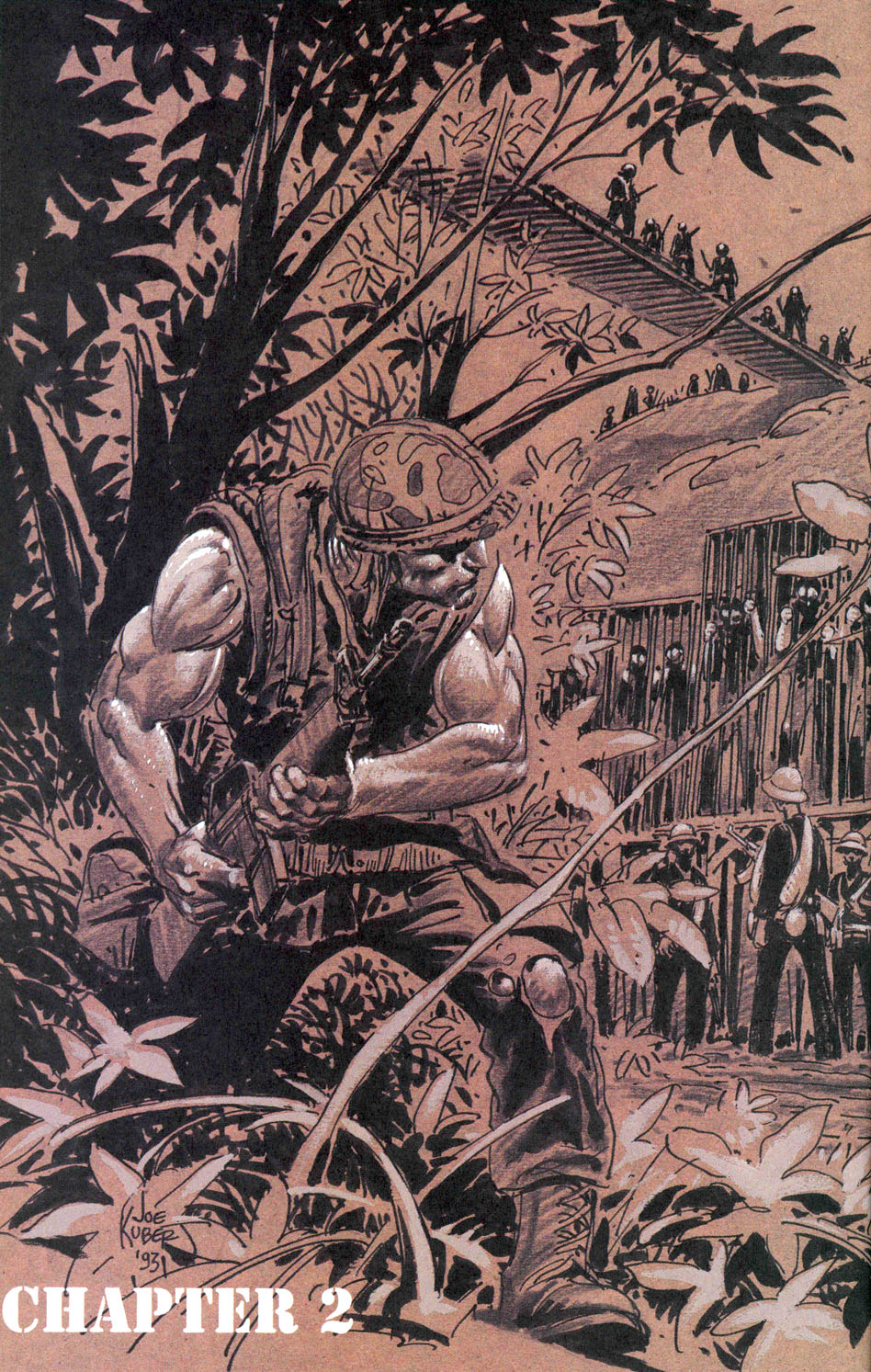 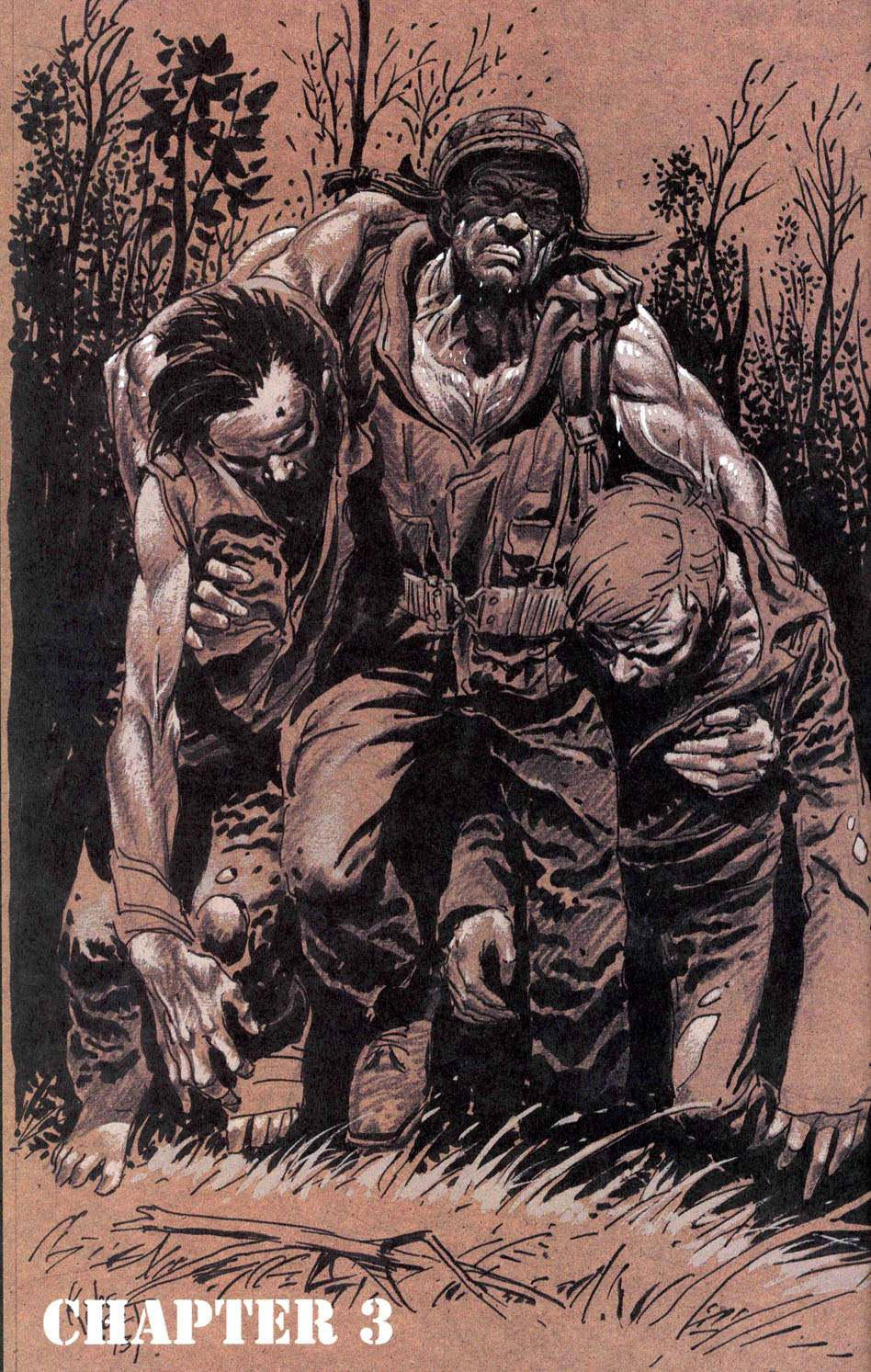 Have Gun, Frank Castle
Do The Job