Punishing Mails – The Man of Action

“Punishing Mails”, the letters column from the late 80’s Punisher series, is widely recognized as the greatest comic book letter page of all time. Here, Marvelites struggled to find their voice as the letters column conversations shifted from trivial fantasy like whether Hulk or Thing would win in a nuts punching contest into a new, grittier world of Frank Castle with copious gun violence, murder, and general lawlessness straight from the headlines. Over in Captain America’s letter page, it’s patriotic to hang posters of Cap in your high school English classroom. Here in Punisher, a poster of Frank in schoolroom makes a bolder statement (true letter). Some fans struggled in this new writing medium, some failed, some succeeded, and through it all a whole lot of info on weapons calibers and proper knife serration for maximum jugular shredding was shared for wide-eyed kids to file away under ‘Important Street Corner Knowledge’. There were many all-stars of Punishing Mails, but one man stands tall above them all. That man is Clifford Mineau, the Man of Action, and this is his story. 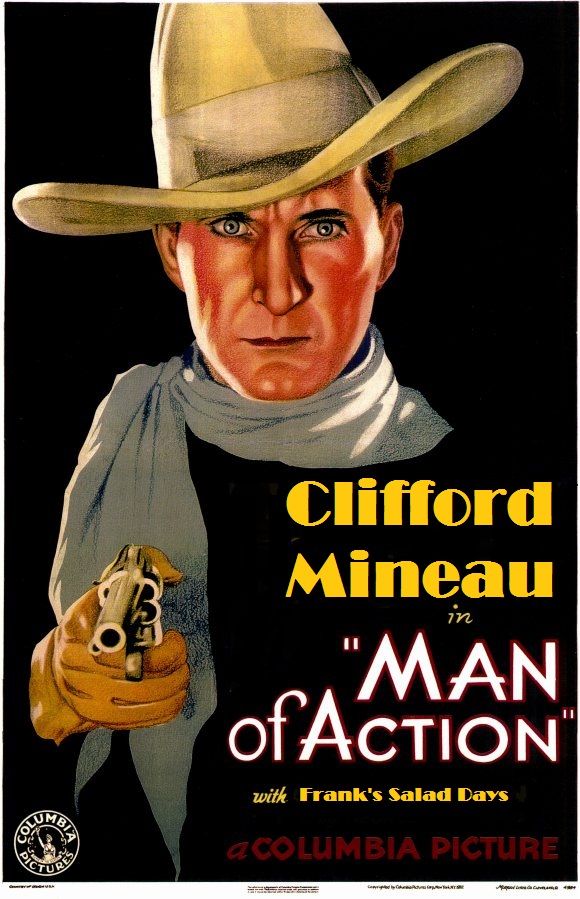 [FSD Note: I’ve included some commentary in the text in italics and brackets]

My name is Clifford M.O.A. Mineau. M.O.A. stands for Man of Action – that’s what my friends call me after beating the c**p out of two drug dealers about three years ago. [FSD: And because a goddamned bold lead like this one can only be written by a true MOA] They were giving dope to two 17 year-olds. I’m very Anti-Drug. It was happening in a cemetary in my town. They said, “What the blank do you want?’ I said “Your blanken heads you lousy stinken son of blanked dope dealers.” I beat the living c**p out of them. I used Karate and other special skills, and said “get the bleepin’ h**l out of this town – if you come back, you’re dead! As long as I’m living here you’re not going to poison any more kids with your drugs”. [FSD: Special Skills including Killer One Liners and Dynamic Narrative!] I also stopped a dope deal in one of your parking lots. [FSD: Marvel parking lot? Was it Jim Lee?] You could call me a vigilante but I would just call me someone who cares. [FSD: Unless you prefer to call him vigilante since he brought it up. Or The Ware Street Sweeper.]

I’ve been reading the PUNISHER for about eight years, and I love him. He’s Action Violence, but I wish the writer, Mike Baron, would put more Drug stories in the book.  [FSD: I wish Mike Baron would put more Drugs in me] That’s the biggest problem in the U.S.A. but it seems like no one cares anymore. If all our towns would join together to fight we could push out the drug dealers. I’m 23 and never touched drugs. My family is all anti-drug and we live in a drug infested town (in Massachussetts) for 17 years. [FSD: Not anymore. I looked up Ware, MA it seems about as white bread as a Wonder Loaf. MOA must have cleaned house in the 90s] I don’t smoke or drink. I collect action-filled comics – Punisher is #1! He’s similar to my favorite action paperback hero the Executioner but you need a little more action. PUNISHER #3 has a car chase – alright – but why did you make those hoods blow up the police? They’re good guys. [FSD: Remember, this was before Rodney King] If you’re going to make a cover, put that part in the book, please. [FSD: Yeah, I hate it when they do that shit. Or if you’re going to have a closing sentence, put that part in the paragraph, please.]

I’m a sucker for a good explosion. I wrote a book about 3 times three years ago and it still hasn’t been published.[FSD: That’s a crime we should vigilantize some publisher for right there] It’s called Knife Huntress, Destroyer of Dope Dealers. It’s about five women vigilantes that take on 80,000 dope dealers. [FSD: Sold. A book with more casualties than words is a Man Action Book] All gore and action – I’ve got a copy on tape. If you want to hear it let me know and I’ll send it to you so you can let me know if you want to use it. [FSD: Wait, what? Audio book before publishing? Multi-Channel Marketing is another sign of a true MOA]

I heard the PUNISHER might become an action show on TV. I’ve got the perfect actor – Sam Jones, from the HIGHWAYMAN TV series, now cancelled. [FSD: Fuck Yes] We need more shows about vigilantes, action heroes, etc. to show people how to fight back against drugs and crime. [FSD: I learned everything I need to know in life from The Equalizer] Make the Punisher fight dope dealers for two, maybe three issues and have him shooting the c**p out of a copter and have it crashing into a trailer full of crack sending them both into a deep canyon, turning the drugs into ashes along with the dope dealers and have him saving the kids of that town. [FSD: Don’t give this gold away, man, make ’em pay you first] You’d be surprised at how many issues you’d sell. [FSD: X-Men #1 sold like 7 million. Based on that info, this concept would sell at least 30.]  Well, thanks for reading my letter.

And that, my friends, is how a Punisher fan takes care of a letters column. Like a church social that turns into a key party, fast, loud,  and everyone’s going home a little sticky and scared, but safe in the knowledge that there’s at least one more c**p-whipping anti-drug dealer on the streets.  And he’s got the balls to whip out his tape deck and record all about it in his next audio book. Which may or may not be about a Knife Huntress lady, and every drug dealer in the entire population of Baltimore. Punisher making the world a better place, one person at a time.